Are Startups Now Changing the World Instead of the Web? 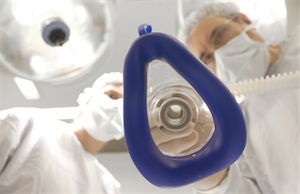 I’m talking about what I’ve seen as a member of a local angel investment group and a judge at four business plan competitions. This is just anecdotal. Still … it’s been a long time since I’ve heard somebody promise the next Facebook, or next Twitter, or next Netflix. Five years ago it seemed like almost always web technology, laced with an occasional big pharma plan that was going to take $20 million and 10 years.

Today it seems mainly medical, clean tech, laced with consumer businesses and the rare web business. Earlier this month, Lifeline Innovations, a new technology for vaccine, won the University of Oregon New Venture Championship in Portland. Second place Boston Mountain Biotech and both of the two runners up were all medical/biotech plans. And at the Rice business plan contest in Houston, the following week, the winner and four of the other five finalists were all medical biotech.

Yes, I do know that my impression is different from the statistics on Gust, which indicate 21% of startups were Internet and web services last year, plus 7% software, compared to only 4% medical devices and 4% healthcare. But then these statistics, compiled from a number of different sources, indicate healthcare/medical received 30% of all angel investment in 2010 and biotech received 15%, while software received only 16%. The trouble with all of these statistics is they depend on definitions and sources, so they don’t reconcile easily.

My best hunch is that the minimum cost of a web tech startup has declined so steeply in recent years, from a few million dollars to a few hundred thousand, that the investment flow, and returns, have changed. But that’s just my guess.