10 Things That Make a Business Plan NOT Fundable 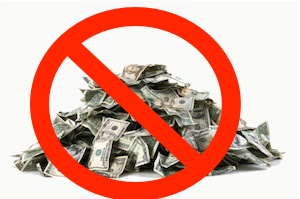 People ask me if they really need ANY business plan, unless they are looking for an outside investor. In fact, a business plan is needed more by you than investors, as the blueprint for your company, team communication, and progress metrics. Things that make it investment-grade for outside investors will also benefit you, since you are the ultimate investor.

I liked all of Martin’s points in that post, but, since sometimes the other side of the coin is just as interesting, here’s my list of reasons why not. These are my 10 things that make business plans notfundable, in my assumed order of importance.

While we talk about business plans being fundable, it’s not really the plan that gets funded. I agree with Martin when he writes:

The best plans are not usually the fanciest or the longest. They are not measured by the quantity of impressive graphics or the size of the revenue projections.

What people invest in is not the document, but its content and the people who will execute it.