Investors are Aiming for the Big Win, Not the Mean or Average

True story: many long years ago I had founders’ stock in a video game company. At one point they were just a few weeks from going public, but that’s not the point of this story. It was about a “hit” business, meaning a business in which you had to have a lot of products in play to get one of the big hits that paid for the rest of the disappointments. Video games in the early 1980s were such a business. 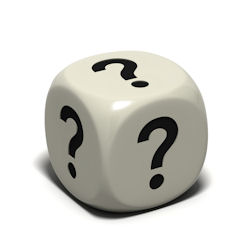 Books became a hit business in the 1990s when the retail chains took over from smaller stores. I followed that business as an author looking at royalties. The average book sale dwindled. The publishers that survived did so on by riding a big hit that paid for all the rest.

I tell those stories because angel investment is a hit business too. Statistics notwithstanding (my apologies to Rob Wiltbank, the world expert on angel investment statistics), it’s a business in which the rare big hit pays for all the failures. I was making that point in a post on my blog called Size Matters when I wrote:

Where do those numbers come from? I was fleshing out the story. There’s nothing scientific there.

I like the comment added by Anthony Testi, who questioned my story. He said what I was suggesting was too high:

Yes, but then factor in the uncertainty. The actual return isn’t what we hope, and much less what the founders promise. Instead, it’s what the real world gives us, after the fact. And we invest up front, not after the fact. All of which, plus Anthony’s thoughtful comment, reminded me about the idea of the hits in angel investment paying for all the failures.  We don’t aim for an average investment or a suitable return. We aim for the big win. Anthony’s right that doubling our money would be sufficient, if we knew that would happen. But the average investment never happens. So we aim high.

Where would I go to invest in startups or emerging companies?

The first question you need to ask is “What country are you in?” and the second is “Are you an Accredited Investor by that country’s standards?”

If we’re talking about the US and you are NOT at the Accredited level ($1 million in investable assets, or $200,000 annual income), then for the moment you are actually not allowed to invest in privately held startups

Kickstarter and IndieGoGo are project-based crowdfunding platforms through which anyone can contribute money, either as a donation or with the promise that they will receive a tangible ‘reward’ of some kind if the project is successful.

Gust and AngelList are equity-based platforms, used by Accredited Investors  to facilitate the investment of money for an ownership interest in